LEWISVILLE — As the playoffs roll on, Highland Park continues to pass every test on a path it hopes will lead back to Georgetown.

The Lady Scots again surrendered an early goal on Tuesday, but controlled the tempo while showing some tenacity and grit during a 2-1 win over Frisco Wakeland in the Class 5A Region II quarterfinals.

HP advances to meet Mansfield Lake Ridge in the regional semifinals at 10 a.m. Friday at Standridge Stadium in Carrollton. The regional final would be at the same time and location on Saturday.

Rachel Wasserman opened the scoring for the Lady Scots (23-0) with her team-leading 29th goal of the season, and her third in the playoffs. After the Wolverines netted an equalizer, freshman Presley Echols scored the game-winner on a breakaway with 7:20 remaining before halftime.

Tuesday’s game produced an identical score to HP’s victory over Carrollton Creekview in the area round. Such nailbiters are to be expected during postseason play, even for a squad that’s unbeaten and nationally ranked.

“Learning to play in that environment, especially in the last 10 or 15 minutes, is a good thing,” said HP head coach Stewart Brown. “Everybody is going to be up to play us. I’m very proud of the way our girls responded. We played some really good soccer.”

Indeed, the scoreless final 47 minutes of the game included some missed opportunities for the Lady Scots to extend their advantage, along with some stout defense and goalkeeping once Wakeland became more aggressive on offense in the closing minutes.

“There’s a confidence about that group,” Brown said of the HP defenders. “They have an ability to rely on each other. We’ve done that all year, and we’re seeing it pay off.”

Lake Ridge, which was the runner-up in District 10-5A during the regular season, knocked off Red Oak 4-1 on Tuesday. The Lady Eagles have outscored their three playoff opponents by a combined 17-1.

Can the Lady Scots Bring Home a State Title? 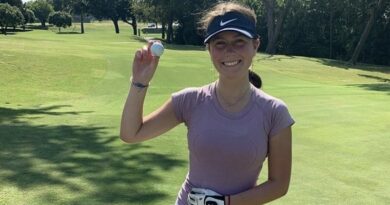 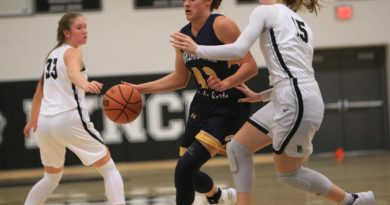