On Jan. 31st at the Dallas Arboretum and Botanical Garden’s DeGolyer House, Artscape Reimagined 2017 Chairwoman Kaki Hopkins announced the inaugural Great Contributor to Art Award, which is being given to Craig Hall for his many contributions to public art.

The award will be presented to Hall at the Artscape Award and Auction Dinner later this spring. This prize was designed and contributed by Gary Lee Price, whose Great Contributors exhibition at the Arboretum was the inspiration for the award’s name. 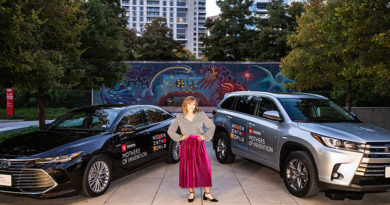 Women in the World Salon