The Lady Scots (24-0) remained unbeaten and advanced to meet Prosper (26-0-1) in the regional final at 10 a.m. Saturday, with the winner earning a spot in next week’s state tournament in Georgetown.

Echols tied the game at 1-1 with 18:36 remaining in regulation when she found an open seam through the Lake Ridge defense and fired a shot past goalkeeper Brooke Lampe. She then delivered the game-winning goal with 11:04 remaining when she capitalized on a loose ball in the box.

“Just a finisher’s goal,” Highland Park head coach Stewart Brown said. “It was bouncing around a bit and she got a chance and knew what to do with it.”

With 10 seconds remaining, Rachel Wasserman scored from 45 yards out into a vacated net after Lampe had tried to push forward and join a Lake Ridge rush.

Lake Ridge had taken a 1-0 lead with 23:55 remaining in the first half on a corner kick that skipped through the box to Priscilla Clark for an easy tap-in near the far post.

Highland Park then turned up the pressure before Echols finally tied the game in the second half.

“We knew we were playing the right way, and that’s what we said at halftime,” Brown said. “We kept telling them, we’ll get the first one and then we’ll be in a good spot.”

Midway through the first half, Lampe made back-to-back saves — first diving to her right, and then recovering to make a second save on the rebound.

Ten minutes later, Echols hit the post, and soon after that, Frances Ann Matise had a point-blank chance for Highland Park that went just wide of the left post.

Eight minutes into the second half, Lampe made another diving save to force a corner kick. On the ensuing corner kick, she made another save and held on to the rebound through a maze of bodies in front of the net. 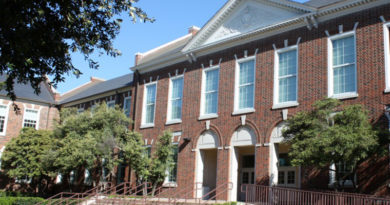