Ribeirao, Sao Paulo, Brazil – The tears started when second-graders performed the 1960s hit song “Girl From Ipanema” at a farewell assembly in an auditorium at Colegio Santa Ursula. They continued a day later as families gathered in the small Ribeirao airport in Sao Paulo, Brazil.

It had only been six days, but a lasting bond was made between two Ursuline schools 4,930 miles apart from each other.

“I wasn’t prepared to say the hardest goodbye I’ve ever had to say,” senior Danielle Cruz said. “They went out of their way to make me feel welcome and help me experience Brazil in the best way possible.”

The Ursuline Academy of Dallas student delegation was one of four that visited Ursuline sister schools in March. Each delegation traveled as part of the school’s educational and cultural exchanges. It didn’t take the nine students long to experience Brazilian hospitality.

Each student spent the first two days of the 11-day trip with a host family. They then attended classes with their high school host sister all week. Lunches were often spent at home with family. And to make it feel a little more like home at school, country music was played during passing periods.

“I have never been in such a loving and welcoming culture,” junior Katie Murray said. “I did not know any Portuguese before coming to Brazil, but I did not experience any difficulty in getting to know them. If anything, I think the desire to understand each other made us grow even closer.”

The girls sang songs, danced, laughed, and ate a lot. They also attended a school Mass and toured the Portinari Museum. Colegio Santa Ursula, a co-ed school, has an enrollment of 2,000 students, including 200 students in high school.

“I learned more about their culture, but I also learned more about my own culture after seeing the differences,” freshman Teresa Valenzuela said. “You make forever bonds with people who you never thought you could get along with so quickly.”

The students learned more Portuguese as the trip went on, but their favorite word stayed the same – “abacaxi” (Portuguese for pineapple).

“This relationship is so special and fantastic,” said Colegio Santa Ursula principal Sister Helenice de Souza, who welcomed students from Dallas for the first time in 2013. “This is us not just receiving other people. This is our sister school. We prepare everything with much love and kindness. We want to show you how big our school and life is in Brazil.”

The students’ trip didn’t stop after they left Colegio Santa Ursula. They toured the Itaipu Dam and visited Iguasu Falls, which are located on the border of Brazil, Argentina, and Paraguay. They also toured a bird park.

Ursuline Director of Global Relationships and Cultural Exchange Cecilia Nipp said no matter the location, the relationships formed became the highlight of each experience.

“Ursuline’s mission is to educate leaders in a global society,” Nipp said. “Students truly learn to celebrate the uniqueness of others through these special exchanges.”

And get out of their comfort zone in the process.

“Experiencing the Brazilian culture was such a gift,” Murray said. “I highly encourage anyone to go on this delegation, or even to host someone from Brazil. The people are just so happy that it is impossible to be sad when you’re with them.”

The students keep in touch with host families through texts and social media. The Ursuline classmates are much closer, too. 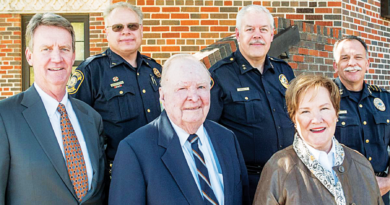 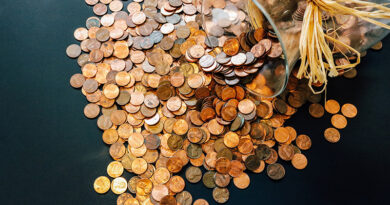