“It gives me pride,” Jetter said.

Preston Hollow resident Katarina Jakimier, 15, started running ballet classes for residents of the senior living community in hopes of earning the Girl Scouts Gold Award, the highest achievement a Girl Scout can earn. The award requires a researched proposal and a minimum of 80 hours of service.

Jakimier got the idea when she was studying dance at the Bolshoi Ballet Academy in Moscow. She watched a documentary that said dancing helps the elderly with balance, mobility, and confidence.

“As soon as I saw [the documentary] I knew that I wanted to do it for my Gold Award,” Jakimier said. “I thought it was really cool how the ballet I love could help them so much.”

Jakimier has been dancing since she was 9 years old. She fell into it because she was born with perfect turnout (the rotation of the leg from the hips) and long legs, she said.

For the classes at PVN, she wanted to accommodate as many residents as possible.

She choreographed classes for three different levels to match her new students’ different abilities: one level for independent living, one for assisted living — which residents can opt to stay seated — and one for memory care residents, an entirely seated class.

To match their different choreography, each class listens to different music.

For inspiration in coming up with routines, Jakimier observed other fitness classes at PVN to see what kinds of moves the residents would be capable of.

“It was a lot harder to come up with the choreography than I anticipated,” she said.

Jakimier completed her project on March 6 and held the first class on March 7.

Bovard and Jetter now attend the class every week. Bovard said it helps her knees so much that she requested to have two classes a week instead of one. “It’s a wonderful workout,” she said.

For Jetter, the hardest part is keeping her arm lifted with a slight bend, but she said she’s getting the hang of it.

Jakimier also made DVDs for the instructors to study and help them teach classes, as well. Deana Lisenby, 24, is one of the PVN teachers.

“My first experience with dance was going to [Jakimier’s] class,” Lisenby said. “It was a hot mess.”

One of Jakimier’s favorite parts of the project was spending time with the residents.

“I don’t see my grandparents very much, so it’s been really nice for me to be around some older people and have surrogate grandparents for a bit,” she said.

Jakimier is home-schooled and will graduate high school in June. She plans to study dance full time in a three-year ballet program at the John Cranko Schule in Stuttgart, Germany. Bovard and Jetter asked that she keep a blog or get a Twitter account so that they could follow her journey in Europe.

“We want to know what she’s doing. We’ve adopted her now,” Jetter said.

Missing a Lexus First-Aid Kit? Give DPD A Call 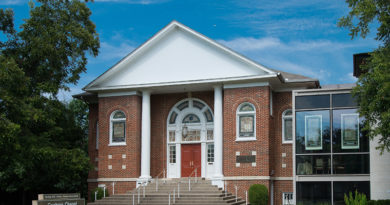