Last season, clutch postseason performances carried Jesuit all the way to the Class 6A state title. This year, thriving under pressure has lifted the Rangers into at least the second round.

Jesuit powered past Sachse 10-6 in the decisive third game of a Region II bi-district series on Saturday with one of its best offensive performances of the season.

The Rangers advance to meet Rockwall-Heath in the area round. The best-of-three series begins on Thursday at Jesuit’s Wright Field, then shifts to Heath on Friday. If necessary, a third game would be played on Saturday in Prosper.

It was the 10th consecutive win by the Rangers in a three-game playoff series. And this time, all three games were won by the road team.

The scoring outburst by both teams was a reversal from the first two games of the series, as the Rangers won the opener 3-2 and the Mustangs posted a 2-0 shutout in Game 2.

The winner of this week’s series will meet either Richardson Pearce — a rival of Jesuit in District 9-6A — or The Woodlands in the regional quarterfinals. 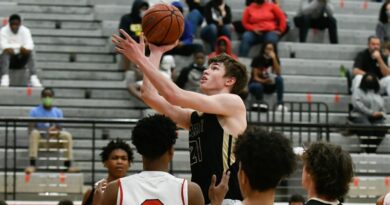 Rangers on Target, Advance in Playoffs 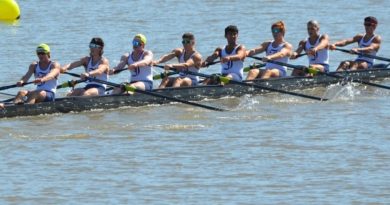