After changing owners in 2015 and undergoing extensive renovations last year, the Dallas Equestrian Center (DEC) is making a new name for itself as a top horse facility in North Texas.

The most significant improvement is a 50,000-square-foot GeoTEX outdoor arena surrounded by new fencing and footing to better accommodate horses.

Other highlights include a European horse-walker, 20 new covered paddocks, and some general maintenance improvements to the barn intended to make DEC a premier facility. A new clubhouse with locker rooms and coaches’ offices is also in the works, according to co-owner Scott Wilson.

Prior to these upgrades, the DEC property — then known as Park Lane Stables — had fallen into an unsafe state of disrepair that caused many trainers and families to consider alternative facilities.

As parents of kids who used the facility, Scott and Lisa Wilson knew something needed to be done. However, abandoning the stables would have meant losing a convenient location in the heart of Dallas. When a potential owner’s deal to purchase the stables fell through in late 2014, Scott and his business partner Marc Goldman decided to look into buying the property themselves.

Another equestrian couple, David and Stacy Sanderson, were looking at the property too, scouting for a location in Dallas where they could reestablish Stacy’s nationally recognized training program. The Park Lane Stables owner passed Scott’s contact info along to David and said they should talk.

David said it was kind of “dumb luck” that he and the Wilsons were looking at the property at the same time.

“It really felt like it was meant to be,” Scott said.

“We put a development plan together that prioritized safety and the quality of the riding arenas and then went on from there,” David said. “We reviewed our plans with all of the trainers and prioritized what we thought was best first for safety, second for quality, and third for expansion.”

The new plans attracted Carol Gwin, head coach of the SMU equestrian team. Last year, Gwin announced that the team would use the Dallas Equestrian Center as their official stables and training facility.

The move will hopefully bring more attention to the SMU equestrian program, she said.

“[With] the economy of Dallas in 2014 and 2015, the way it was taking off, you knew it was going to be great,” David said. “We just knew it would be great, because there would be new families moving here that would want to take lessons. It would be great to be involved in a barn.” 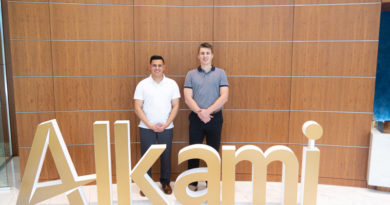 Get Free Torchy’s Tacos For a Year on August 18