North Dallas resident Beverly Smirnis and Catherine Team, of Fort Worth, will sign copies of their book

Smirnis and Team met while working together on the senior prom committee at Fort Worth Country Day, when Team’s youngest child and Smirnis’s oldest were graduating back in 2007.

Team has a background as an advertising agency owner and freelance media buyer, while Smirnis has enjoyed a career in magazine publishing after graduating in journalism from SMU’s Meadows School of the Arts.

The idea for the book was based on the reflections by Team’s 95-year-old father about his youth growing up in Marshalltown, Iowa, and tales about “the first black woman most people in the town had ever seen.” The book is based on the true story of a severely handicapped boy born in Marshalltown, Iowa, whose life was forever changed when Anna, an African American caregiver, arrived through a remarkable stroke of fate to live with his family in rural Iowa. The true character of Anna demanded dignity for Fritzy, the handicapped child, and for herself.

“My father, Dan Bechtel was one of those errant boys, whose punishment for poking fun at Fritzy was to come over and read to him in the afternoons after school,” Catherine said. “Anna made the ‘punishment’ enticing with ‘the best cookies anyone had ever tasted.’” 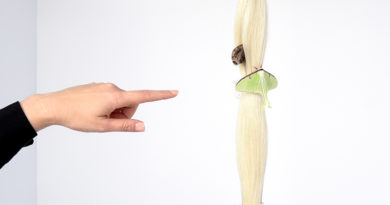