About a year and a half ago, my wife and I decided to take our kids to the State Fair. The temperature was pushing 90 that day, and both of our little ones were still wearing diapers. That wasn’t one of our best parenting decisions.

Three meltdowns, two corny dogs, and one warm beer later, we were mercifully back in the car as the screaming monsters slowly succumbed to sleep. Traffic had never seemed so relaxing. My phone rang as we inched towards the interstate. It was my mom.

Shock is the only way I can describe hearing the words “breast cancer.” I was a zombie, willing the vehicle home as my thoughts raced between childhood memories and figuring out what to do next.

Just two weeks before, we’d trekked up to the Oklahoma casinos. Mom was feeling lucky and decided to risk quarter slots. We never imagined the danger that was already lurking inside.

It’s hard for me to recall the events that came next. That’s probably because I don’t want to think about them. Mom’s cancer was HER2-positive, one of the more aggressive forms. A second scan showed that it had already spread to her lymph nodes. The months that followed included insurance battles, multiple surgeries, emergency hospital stays, and days when it seemed things wouldn’t end well.

But my mom has always been a pillar of strength. And though she may be older now, she proved that being strong has nothing to do with age or physical ability. Her fight during the darkest of times will forever inspire me.

This March, she was officially declared cancer free. Many margaritas were consumed to mark the occasion.

Throughout this ordeal, one of my mom’s biggest fears was dying before her grandkids could remember her. Today, my kiddos are busy making memories with their “Grandmommy” all the time.

That alone makes this my happiest Mother’s Day. 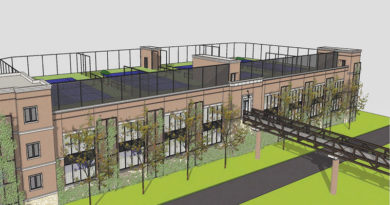 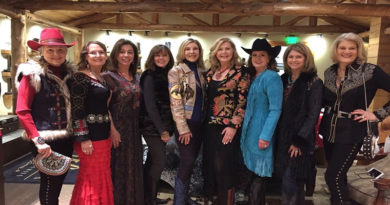