Highland Park will look to continue its stellar legacy at the UIL state tennis tournament beginning Thursday, when two doubles teams will take the court in the Class 5A quarterfinals in College Station.

Logan Lett and Katherine Petty will open the draw against Jamison Teague and Crystalyn Shirley of Corsicana. In mixed doubles, Phillip Quinn and Madison McBride will start the tournament with a match against Will Walsh and Emma Reeves of San Antonio Alamo Heights.

The semifinals in both brackets will be later Thursday, with the finals slated for Friday at the Mitchell Tennis Center.

The Scots were dominant at the Class 4A level, but won just one title (2015 girls doubles) during the past two years in 6A — although they did win a fall team title in 2014 at that level. They also claimed a team title in 2016 in 5A. 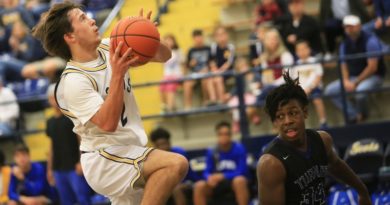