The Highland Park girls golf team built a solid foundation for the future at the Class 5A state tournament.

The Lady Scots collectively finished in last place among the 12 competing teams on Tuesday at Wolfdancer Golf Club in Bastrop — more than 100 strokes behind state champion Grapevine — but with no seniors among their top five players, the experience should be beneficial going forward.

The Lady Scots advanced to state by finishing third at the Region II tournament last month in Rockwall, where they scored a total of 729 as a team. At state, HP carded a 746. 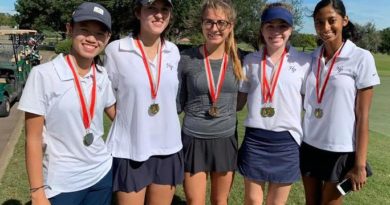