In the three-person Place 6 race, Kelly captured almost 59 percent of the votes, according to final unofficial returns. Meg Bakich was a distant second with 26 percent, while Chris Murzin finished third with a little more than 15 percent. A total of 5,247 voted in the contest.

“I was very excited and thrilled by the response,” said Kelly, who was quick to praise her opponents.

“Both of them ran remarkable campaigns. They had tremendous teams of people working for them.”

Shortly after the final results came in, Murzin stopped by Kelly’s post-election celebration to offer his congratulations.

In the Place 7 battle, Sharpe trounced Marla Sewall by winning more than 64 percent of the 5,189 votes cast. He said he was somewhat surprised by the margin of victory, but also flattered and very thankful.

“Marla and I talked a little when we were both at the campaign polls,” Sharpe said. “She was very classy to the end and sent me a nice congratulatory text later. She should be commended for stepping up, and was a very honorable opponent.”

This was the first public office campaign for both winning candidates. Kelly said the experience was a reminder of how a team of people can accomplish great things.

Being on the campaign trail also reinforced the importance of having her “listening ears” on in order to properly gauge the sentiments of the community.

“We had an incredible team of people,” Kelly said. “I could not have done it without the help of my husband and two children.”

Sharpe said the experience was humbling and expressed gratitude to not only the people who campaigned for him, but also to the supporters he’d never met. He described the campaign as a tiring process that consumed nearly every available spot on his calendar.

One of the most striking things he observed was the difference in how people interacted with him in one-on-one conversations versus some of the things that were directed at him on social media.

“Before I started, people told me that I had to have a thick skin. That was definitely good advice.”

Their schedules over the next couple of months will include training seminars and time dedicated to getting up to speed on the various issues they are now responsible for.

Sharpe said he does not have any major agenda items to present initially. He anticipates the board’s biggest responsibility this summer will be doing whatever it can to ensure that the University Park Elementary construction and temporary relocation project proceeds as smoothly as possible.

Kelly said skills she learned during her 21 years of service in the U.S. Air Force will be applicable on the board.

“Every time you move to a new duty station, you really hunker down and spend time listening and observing,” Kelly said. “I’m going through a learning curve here and plan on learning as much as I can.” 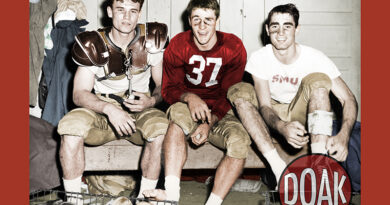