SKULDUGGERY OF THE WEEK: THIEF TO STORE, CALL ME

A woman wearing a black wig with blonde tips stole a $150 generic evening purse by placing it on her shoulder as if it belonged to her. Before the shoplifter left Deno’s in Highland Park Village after 3:50 p.m. May 17, she dropped off a Versace belt for repairs and left a last name and her phone number.

17 Wednesday
A woman in a black shirt and dark jeans visited Tory Burch at Highland Park Village at 1:44 p.m. and stuffed three $250 Kiri envelope clutch purses – one black, one blue, one yellow – into her big tan purse and left.

Did the man in the black sedan follow a Garland man’s 2010 Toyota Tundra from Bank of America to The UPS Store on Lemmon Avenue? Police think so. Surveillance video shows the burglar breaking a window a little before 2:05 p.m. and reaching into the back seat to take $2,603 in cash, plus checks and money bags. Dallas Bears, a nonprofit social and charitable organization for gay men, planned to use much of the cash while hosting the four-day Texas Bear Round-Up 22 Boot Camp beginning May 18 at Hyatt Regency Hotel – Downtown Dallas.

18 Thursday
A Dallas man reported at 10 a.m. that his daughter’s iPhone, believed lost after she put it down and forgot it while shopping at Highland Park Village on May 13, is now at an apartment complex in the 5800 block of Beltline Road in Dallas, according to tracking software.

Accused of damaging property belonging to the town and two residents by driving his 2004 Ford F350 pickup in an easement at 10:17 a.m.: an electrician from Irving. He said he was delivering a 1,200-pound power transfer device to a job site in the 4200 block of Belclaire Avenue. Residents told him his pickup wouldn’t fit, but he kept driving until coming upon a gas meter and utility pole blocking his way. Damaged property included bushes, ground cover, and sprinkler heads at homes in the 4200 blocks of Belclaire and Lorraine avenues as well as two meter boxes and a sanitary sewer cleanout belonging to the town.

Stolen between 5:36 and 5:42 p.m.: two brown ceramic flower pots from the front porch of a home in the 4200 block of Potomac Avenue. Security video shows a woman peeking in a window before taking the first pot and returning six minutes later for the second one.

19 Friday
Stolen: a Dallas woman’s $400 saddle-colored Balla wallet and debit card from her purse, which was in the backroom of a store in Highland Park Village from 9 a.m. and 6:15 p.m.

20 Saturday
Taken before 9 a.m.: a $130 black and green Next six-speed mountain bike from an apartment complex in the 4700 block of Abbott Avenue. The bicycle had been left chained to rack at noon on May 17, but someone cut the lock.

A UPS driver from Harker Heights said a man entered his delivery truck in the 6900 block of Snider Plaza around 4:50 p.m. and took an $800 Samsung Galaxy Note 5 cell phone.

18 Thursday
Around 10:40 a.m., a customer attempted to cash a fake check at Bank of America.

Around 10:40 p.m., a man entered a home in the 4500 block of Emerson Avenue, took a cell phone, and became belligerent and violent to the two women who live there.

Arrested at 11:40 p.m.: an 18-year-old Dallas man accused of driving while intoxicated and hitting a parked vehicle at a home in the 3300 block of Purdue Street.

20 Saturday
Around 6:15 p.m., a neighbor entered without permission a woman’s apartment in the 4500 block of University Boulevard. 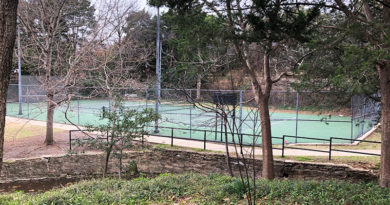 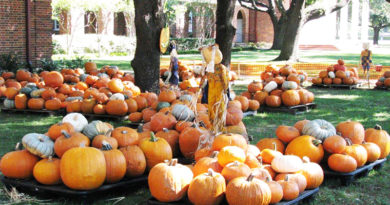