“For almost three years we have been reducing energy usage,” district spokesperson David Hicks said. “This includes common sense things — making sure the lights and HVAC system [are] turned off at the end of the school day. Additionally, we make sure that when the service staff is working, only the lights are on that are absolutely necessary.”

The same is true during summer breaks as well as Thanksgiving and Christmas holidays. Lights are turned off and all devices are unplugged.

“It’s important to unplug computers and the classrooms’ Promethean boards, which are touch-screen instructional devices, because they use energy as long as they remain plugged into an outlet,” Hicks said.

The combined conservation efforts have saved 57.4 KBtu of energy and counting — the equivalent of removing 1,420 passenger cars from the roads for an entire year — and earned all HPISD campuses ENERGY STAR certification by the Environmental Protection Agency.

[pullquote-left]“Our students and faculty are making a concerted effort to reduce our carbon foorprint.”[/pullquote-left]The certification means the schools perform in the top 25 percent of similar facilities nationwide.

Trustees committed in June 2014, while Dawson Orr was superintendent, to engage policies to reduce the carbon footprint of all facilities.

Those policies continued under the guidance of current superintendent Tom Trigg, who said the EPA certification is important on two fronts.

“The first is that our students and faculty are making a concerted effort to reduce our carbon footprint,” Trigg said.

“The second is that HPISD is saving a significant amount of money through energy conservation, which allows us to put those dollars toward our students instead of utility bills.” 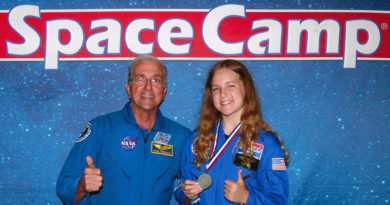 Hockaday Student Charts Her Course to the Stars

If You Give a Child a Lemon