“Lauren’s academic achievements—combined with the esteem she has earned from faculty and peers for her humble, impactful service—serve as an example for others,” Southwestern Medical Foundation president and CEO Kathleen Gibson said. “This award represents the qualities inherent in all great physicians, and Lauren epitomizes these qualities.”

For more than 70 years, the Ho Din Award has been bestowed on UT Southwestern’s most outstanding senior or, in special circumstances, faculty member. It was established in honor of Dr. Edward H. Cary to distinguish those who exemplified a deep concern for the welfare of others and a boundless commitment to alleviate suffering. Cary had a vision to advance medical education and “inspire a great citizenship to greater deeds.” The Ho Din Award distinguishes those who combine medical wisdom with human understanding at the highest level.

The first recipients of the Ho Din Award were eight physicians designated as the “Founders.” This group included Cary, who was noteworthy for leaving an indelible mark on the medical profession in Dallas and medical education in the state of Texas, as well as Dr. G.T. Caldwell, whose exceptional abilities were in part responsible for the institution’s early reputation as a medical school graced with noteworthy faculty.

Another notable recipient was Dr. Joseph L. Goldstein, the 1966 Ho Din Award winner who later became a recipient of the 1985 Nobel Prize in Physiology and Medicine – and the first UTSW graduate to win a Nobel.

“There are no words for how honored and humbled I am to receive this award considering its rich legacy,” Kolski said. “In my class, there are so many people who have accomplished such unbelievable feats in community service, public health, and research – to be chosen to represent such an inspirational group is an incredible honor.”

Since matriculation, Dr. Kolski maintained an outstanding academic record while distinguishing herself through an unwavering commitment to the underserved community, as well as her leadership, teaching, and research activities. She served as a manager and regular volunteer at the Office of Global Health Agape Clinic and was instrumental in the expansion of clinic services. Dr. Kolski founded the Agape Women’s Clinic, which provides free well-woman exams to the community. As a member of the Gold Humanism Honor Society, she spearheaded a patient outreach program, Humans of Parkland, to allow pre-clinical students to learn more about patients and their life stories beyond their diseases.

“The most exciting part of UTSW by far has been my clinical experience at Parkland, and being able to care for and learn from the very diverse patient population there,” said Dr. Kolski. “They taught me about the importance of empathy and communication, and cultural competence in establishing a working Doctor/Patient relationship, and I’m forever grateful to them.”

Dr. Kolski will soon begin a Transitional Year at John Peter Smith Hospital in Fort Worth before returning to UT Southwestern to complete a residency in Diagnostic Radiology. 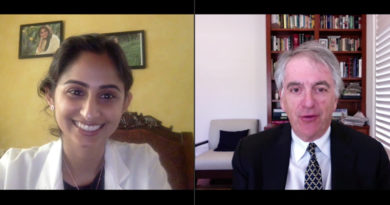 Graduating to the Front Lines