When it comes to public safety vehicles, council members have definite opinions about colors; they don’t want police cars that remind them of the Oakland Raiders, nor fire engines that could belong to Texas Tech.

The new vehicles from Caldwell Country Chevrolet cost the town $105,195, plus another $59,369.28 for Defender Supply of Aubrey to install the emergency lighting, sirens, graphics, and specialized equipment needed to make them patrol ready.

The town’s graphics include some black striping and lettering on top of the SUVs’ blue exterior — Velvet Blue Metallic, specifically, according to Chevrolet.

“Velvet Blue? That sounds a little swanky,” said town administrator Bill Lindley, adding that it makes him think of jazz.

“We’ve got to have a new name for it,” Williams joked.

Color was also an issue with a new fire engine the town has on order.

“That looks like a rock band is coming to town, like ZZ Top is in there,” council member Margo Goodwin said.

The $607,717 needed to purchase and equip the new engine came from the Equipment Replacement Fund. The town earlier added $403,000 to that fund by selling the old combination ladder truck.

The town has agreements with the cities of Dallas and University Park to provide ladder trucks and other assistance when needed, Pyle said.

He explained the old ladder truck was 14 feet longer than its replacement, and wider too, making it difficult to maneuver on some of the town’s narrow streets.

“If you’ve got cars on both sides of the street, it’s like threading a needle,” he said.

The town will have three engines and three ambulances in its fleet when the new truck arrives, Pyle said. And the colors of the new truck will be the traditional fire engine red and white.

Geek Out With Authors Live 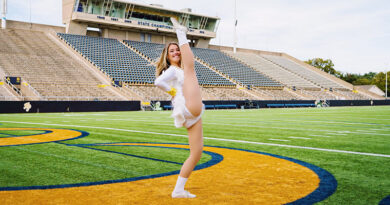 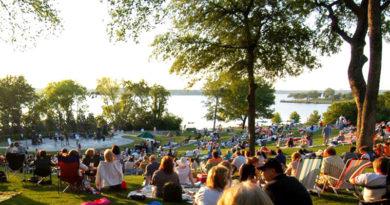