It was July 2, 2016, and the fact that I would be playing in Carnegie Hall had not yet hit me as I turned at the corner of 57th Street. I pushed open the door of the backstage entrance and was greeted by a woman who directed me where to go. I ended up at the main backstage area, sheet music in hand, and made my way to the chairs where the performers were sitting.

I went through my pre-concert ritual, which includes tying up my hair and replaying my repertoire in my head. I thought about the passion, liveliness, and emotion that I was going to bring to the stage. Playing at Carnegie hall was supposed to be a dream, seemingly unattainable. Yet there I was sitting backstage.

Out I walked into the crowd of unfamiliar faces, head high and back straight, with a wide smile on my face. I spotted my parents beaming and clapping vigorously. I sat down at the piano and stared at my reflection, wondering how many people have gazed at this mirror.

My mind began to wander, my thoughts returning to a time of apprehension. Memory of past failure was clearly imprinted in my mind — 12-year-old me performing in Caruth Auditorium at SMU, struggling to find the next note.

Since that day, I’ve restored and enhanced my performance abilities. The hours put into crafting each phrase, polishing each note, and shaping each melody have given me the ability to push away my insecurities and confidently declare the stage my home. I take a deep breath, and suddenly the stage is mine.

The actual performance flew by. My fingers glided over the keys, gracefully dancing on the surface of the piano, producing brilliant sounds that emulated a thousand crystallizing diamonds. It was a blur of exhausting emotion and technique that led to the final striking of the E minor chord — beautiful, but twisted.

I remember the feeling of being onstage at Carnegie Hall — heart beating fast, adrenaline rushing through my veins, and then the thunderous clapping of the crowd as I stood up and bowed with bliss.

Every time I perform, I hope to tell the story of the composer through the music for my audience. Playing at Carnegie Hall allowed me to do just that — to offer my interpretation of a specific piece and connect with the audience.

As I write, I’m still learning to perfect my performance. And the truth is, I’m not even sure if this perfection can be reached. But through each experience, I gain more perspective on how to control my thoughts and concentrate on what’s important. Instead of thinking about the possibility of missing a few notes, I focus on the ability to inspire others.

The impacts of your actions are far more important than the minor details. As for me, different people are listening, learning, and influenced by what I have to say through my music at every performance.

Alice Zhang is a senior at the Greenhill School. 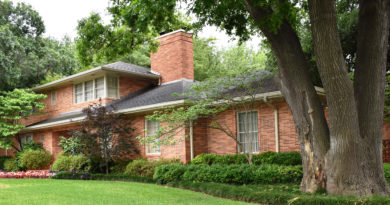