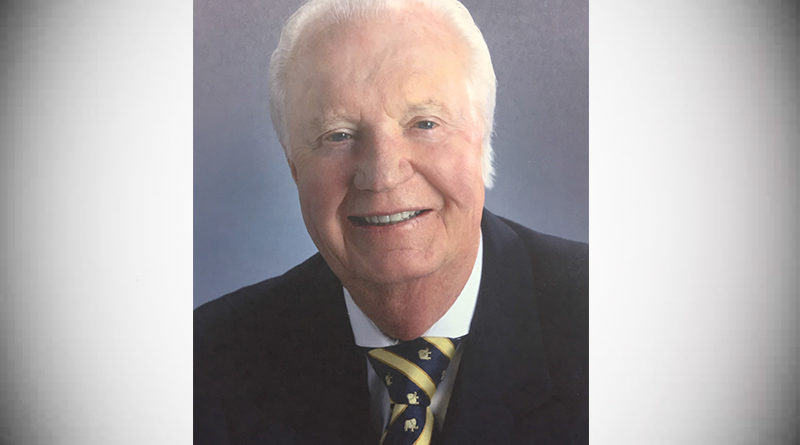 Dan L. Beaird saw Jesus face-to-face on July 7, 2017 after a four year battle with cancer, which he won!  He was born November 21, 1937 in Tyler, Texas. His parents were Bryant and Abbie Beaird.  They moved to Dallas and he enjoyed Bradfield, Highland Park Middle School, and graduated from Highland Park High School in 1955.  He was highly admired and known as “that nice Danny Beaird.”  He married Martha Lou Hester in 1965 and they thoroughly enjoyed 52 years together.

At the University of Texas, Dan loved every aspect of campus life.  He cherished his friends in Delta Tau Delta all his life, and he was especially proud of his membership in the Texas Cowboys.

Dan worked very hard in his chosen field of commercial real estate brokerage.  He was known as the best land man with the highest level of integrity in Dallas County.  He was honored by his peers with the Michael F. McAuley Lifetime Achievement award in 2012. Dan served tirelessly the HPISD school board for nine years and on the board of the Dallas Country Club.

Dan’s love for Christ was the primary motivation of his life.  With great love, he served Highland Park Presbyterian Church as Deacon, Elder, and Trustee and was honored to be elected Elder Emeritus.  For many years Martha Lou and Dan traveled the world on mission trips serving their King.  His greatest joy was to serve those in need, help in any way needed, and spread the Love of Christ.

He will be painfully missed by his wife Martha Lou, his children, Gayden and Chris Breckwoldt of Austin, Texas, and Ben and Meg Beaird of Dallas.  He would love for you to know his grandchildren Abby, Emma, and George Breckwoldt, and Bailey, Jack, and Dobson Beaird.  He loved them passionately.  He is also survived by his loving sister Sue Sullivan and her children and grandchildren.