American Airlines donated $50,000 to the Dallas Women’s Foundation in honor of Bev Goulet, who recently retired after 24 years with the company. She has been a strong supporter of the foundation, as well as a member of its board and executive committee.

“This gift is a reflection of the great heart of American Airlines, and I am very proud that the company made this grant in my honor to an organization and undertaking that mean so much to me personally,” Goulet said.

The Dallas Women’s Foundation bills itself as the largest regional women’s fund in the world. Since it’s 1985 inception, it has granted more than $37.6 million towards efforts to advance positive social and economic change for women and girls.

American Airlines honors its retiring officers by providing the opportunity to direct grants to an organization of their choice. Goulet, who most recently worked as an executive vice-president and chief integration officer, directed hers to the Dallas Women’s Foundation’s Young Women’s Initiative-Dallas. The new cross-sector effort aims to empower and affirm young women of color ages 16 to 24 from Dallas’ southern and western sectors. The multi-year initiative will be formally launched at the Foundation’s Oct. 20 Annual Luncheon.

“This generous gift from American Airlines is especially meaningful as it honors Bev, a true champion for women and girls, and provides early support for a critical new initiative that will launch later this fall,” Foundation president and CEO Roslyn Dawson Thompson said. “Bev Goulet is such an extraordinary example of a strong woman who is dedicated to making the world better for all. We are so fortunate that she is now lending her formidable leadership skills and knowledge to our work and mission.” 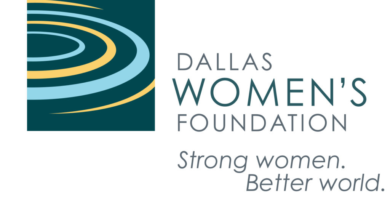