Maybe it’s something in the water, but some of the best professional athletes have come out of the Park Cities and Preston Hollow communities. It seems other athletes are catching on, because more and more of them are making the move to our area. But it’s not just the athletes – there are quite a few big wigs in the world of sports who just so happen to reside here, as well.

The House Before Doak Built His

In the years following World War II, Dallas’ Cotton Bowl stadium became known as “The House the Doak Built.” It was so named because of the gridiron exploits of Doak Walker, a three-time All-American running back for SMU between 1947-49, and winner of the 1948 Heisman Trophy.

Prior to that, he led the Highland Park Scots to their first football title in 1945.

When Billie Hathaway moved to University Park in 1992, she had no idea that Walker had grown up in her Stanford Avenue home. Eventually, after talking to neighbors, she and her husband learned of the home’s significance.

A few years ago, a local historical society and members of Walker’s family gathered for a big celebration and placed a marker on the sidewalk to note the home’s history.

Now that her children have moved out, Hathaway said she and her husband soon plan to move to a smaller lake home. When they find the right buyer, they intend to leave the memorabilia with the house, where it belongs.

Coach Allen was already a Texas football legend before leading Highland Park High School to another state title last year. His 361 wins are the fourth most in state history, and second among active coaches. In January, the National Football League named him its 2016 Don Shula High School Coach of the Year.

The Preston Hollow resident and Dallas Mavericks owner first rose to prominence by co-founding the video portal, broadcast.com, in 1995. Four years later, he sold it to Yahoo for $5.6 billion. Non-sports fans may know him best as one of the regular judges on the ABC show Shark Tank.

In 2016, Roger Staubach put on his cleats again to leave his footprints in cement for a Ring of Honor Walk at The Star in Frisco, a 91-acre multiuse development and site of the Dallas Cowboys headquarters.

Now, the Hall of Fame NFL quarterback, nicknamed “Captain America” for his play in the 1970s, is teaming up with Cowboys owner Jerry Jones and former center Robert Shaw to develop a 17-story luxury residential tower at The Star. Construction will begin in January.

“Robert and I were Cowboys years ago, so it’s a great fit for us to be back on the team again and with the Jones family,” Staubach said.

The three-time winner of the Cy Young Award and pitcher for the Los Angeles Dodgers attended Highland Park High School. He is married to his high school sweetheart, Ellen Melson, whose mother, Leslie, served as president of the Highland Park ISD Board of Trustees for three years.

While fans may debate the Dallas Cowboys owner’s success on the field, there is no doubt that he and his family have left an indelible mark on the community. His children, Stephen Jones, Charlotte Jones Anderson, and Jerry Jones Jr., all play important roles in the front office. His wife, Gene, has been lauded for her many philanthropic endeavors, and in 2016 his grandson John Stephen Jones led the Highland Park Scots to their fourth football state title.

Fall-ish Fun For The Family 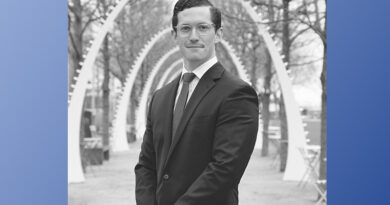