Named for one of Dallas’ first children to die from AIDS, Bryan’s House has provided a haven since 1988 for families coping with HIV, but many don’t know what it does now.

Since joining the agency as CEO 18 months ago, Abigail Erickson has worked to rebrand the nonprofit and highlight its mission to service special health needs and alleviate poverty.

“I realized that special-needs children in the city are hidden, especially if they’re medically and financially at risk, so that was one thing I thought we should really focus on,” Erickson said.

As advances in medicine result in fewer children infected with HIV, Bryan’s House has extended its reach to include medically challenged children combating a variety of special medical needs, such as asthma, diabetes, epilepsy, cerebral palsy, autism, Down syndrome, learning disabilities, heart disease, and multiple sclerosis.

Prior to joining Bryan’s House, Erickson, who moved to Dallas in 2005, raised $78 million for Dallas organizations using her background in fundraising, public relations, and marketing.

“I was at a point in my life where I thought, ‘Maybe I should take a challenge,’ ” Erickson said. “Plus, I have children and family members with special needs, so I thought I could put my business skills together and really turn around an agency that had been a little quiet for eight years.”

Under Erickson’s leadership, Bryan’s House has focused on offering more on-site therapeutic services for children whose physical and developmental issues might prevent them from attending typical child care programs.

According to Erickson, it’s working.

[pullquote-left]“I realized that special-needs children in the city are hidden, especially if they’re medically and financially at risk.”[/pullquote-left]Programs include family supportive services, intensive social services, case management, and direct on-site child care from 6 a.m. to 7 p.m. daily. The agency serves 108 children from ages 0–5 in the on-site program. Respite care on weekends and spring/summer camps are also provided.

Erickson has focused the curriculum to cater more to children’s personal developmental needs.

“The kids are thriving, so that’s really fun,” Erickson added.

Support service to get parents back on their feet include direct access to housing and furniture banks, employment opportunities, and budget planning.

Some moms who utilize Bryan’s House services have been in bad situations and are running from abusive men or sex trafficking, Erickson said.

“And most of our parents … they want to work, but they have all these complex needs with their children, and some of them are couch surfing, and they’ve run out of all their resources because their children’s medical bills have been astronomical,” Erickson said.

“Who knows what kind of life they can have if they go through our program,” Erickson said.

Even though Bryan’s House doesn’t see as many HIV-infected babies, the agency continues to help parents suffering from HIV/AIDS who need help to safely raise healthy children, according to Sonia Hurtado, an employees of 26 years.

Hurtado, whose mother worked at Bryan’s House, is the third generation of her family to work there.

Bryan’s House, inspired by the death of 8-month-old Bryan Allen in 1985, opened its first location in 1988 using a $5,000 grant from Design Industries Foundation Fighting AIDS (DIFFA/Dallas).

Bryan was infected through mother-to-child transmission after his mother, Lydia Allen, contracted AIDS from a blood transfusion.

In memory of Bryan, Lydia founded Bryan’s House with the help of Stefanie Held, a friend who welcomed the family into her home despite societal stigma. 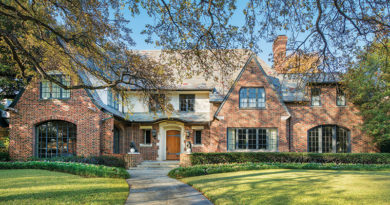 Book for the Ages