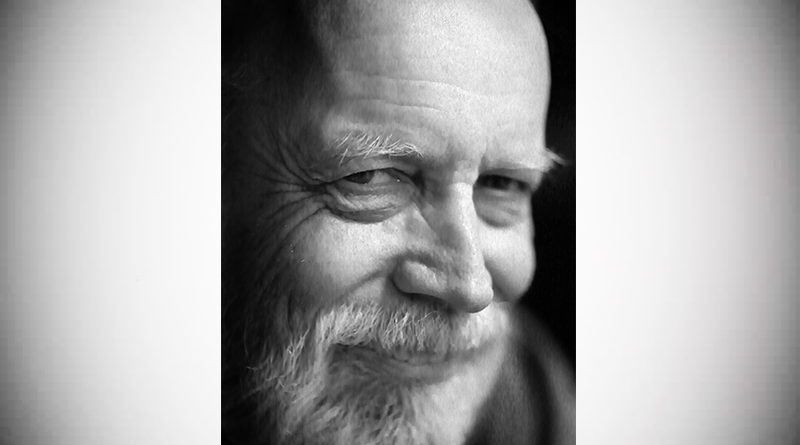 Dick Clark was born curious. At age two, Dick asked his mother for a hammer, nails, and boards so that he could design and build a house. For the next seven decades, his childlike wonder only grew. He was hardly ever without a felt tip pen and scrap of paper, sketching ideas for his next project.

Austin’s “Godfather of Contemporary Architecture” was a Dallasite by birth and an Austinite by choice. After earning multiple degrees from The University of Texas at Austin School of Architecture and Harvard’s Graduate School of Design, Dick’s trajectory as an architect and creative force never varied.

He began his career in Dallas in 1969 at Oglesby Group Architects, where he was mentored by Bud Oglesby, one of the foremost modernists in Texas. He then took a teaching position at The University of Tennessee and was assigned to lead the Nicaraguan Architecture Students Program in Managua. The Nicaraguan earthquake that decimated most of the city occurred just before Dick and his students arrived. While there, he started a cooperative banana plantation that gave small farmers a new outlet, but left just after the Sandinistas assumed government control.

After a stint of teaching in Denmark and running Sundesigns Architects in Aspen, Colorado, he returned to Austin 38 years ago to open his namesake firm, Dick Clark Architecture, now Dick Clark + Associates.

During his 45 years as an architect, Dick designed more than 1,000 projects, including 500 custom or spec homes; fostered more than 20 architectural firms; and won more than 70 awards, including the prestigious peer-sponsor and peer-selected title of Fellow from the AIA in 2013.

A driving force in creating the vibrant architectural community in Austin, Dick was not only known for his award-winning designs, he was recognized widely for his dedication to the next generation of architects. In 2008, he established the Dick Clark Student Travel Fund, providing gifted bachelor and master of architecture candidates funds for international travel. Dick became a member of the Goldsmith Society, a group of major donors at The University of Texas at Austin School of Architecture. In 2013, Dick was a member of the search committee for the Architecture School’s new dean, Michelle Addington.

A trailblazer in his work, which took him to Africa, India, Central America, and the Caribbean, Dick was also an adventurer who took his big smile and charm to tribal cultures and indigenous people. He hiked over the Andes to Machu Picchu, bicycled in China, went on safari and beach vacations, sailed, and explored the world, visiting more than 80 countries in his lifetime.

Along with his passion for architecture and adventure was his love of golf. For years, he and his “Friends of Dick” would hit the links across the country, often attending Masters Golf Tournaments and ending the day in a fine restaurant.

Called the King of Restaurant Design by Texas Monthly, Dick didn’t go to restaurants only to eat; he went to see how people interacted with the architecture. He was a keen observer of human behavior, a trait that helped shape his distinctive designs. He thought of practicalities as well as aesthetics and was among the first architects to include hooks for women’s purses at bars and tables.

He was also among the first to offer interior design services in-house. Suzi Dunn, a longtime collaborator, started the firm’s interiors department so that Dick could take a project from concept through design and construction to interior finish and furnishings.

Dick’s big heart was reflected in his design projects empowering children, including his residential-style architecture for the Miracle Foundation’s orphanages in India and the Nobelity Project’s rainwater court in Mahiga, Kenya, that allowed students to pursue an education instead of haul water.

Dick was a charismatic, ever-sociable presence in Austin. He was the person who entered a room and immediately had a crowd of friends surround him. Surprising for a man who designed some of the area’s sleekest, most spectacular buildings, he favored casual attire of golf shirts and Levis. But no clients who met him ever doubted that their dream, empowered by Dick’s brilliance, would likely be featured in Architectural Digest one day.

Even though he was battling leukemia, Dick’s friends and family always figured that Dick would keep going forever, never missing an opportunity to travel the world, revel in new experiences, meet new people, and create ever more stunning designs. Even in the hospital only a few days before his death he designed his one and only sculptural fountain and red-lined a few current designs. He never stopped being the architect Dick Clark.

Dick passed away peacefully, surrounded by friends and family at MD Anderson Cancer Center in Houston.

Dick is survived by his sister Diana Ximinia Clark, of Dallas; longtime friend and companion Sherry Matthews, of Austin; and his family at the firm: CEO Mark Vornberg, senior associates Kevin Gallaugher and Kim Power, and a staff of nearly 30 architects.

He was preceded in death by his parents Dick Clark Jr., Susanna Saville Clark Grinnan, aunt Doris Clark Rhodes, all of Dallas; and first wife Kate McCarley, of Austin.

A public celebration of Dick’s life will be held the evening of Sunday, October 1 at the Paramount Theatre in downtown Austin. Details will be announced. Donations may be made to support the research of Dr. Naval Daver in the Department of Leukemia at MD Anderson Cancer Center, https://gifts.mdanderson.org.