A student-led 9/11 memorial will go up as usual on Dallas Hall Lawn after a policy change regarding campus displays brought scrutiny over freedom of expression at SMU.

Wording in the policy about SMU respecting the right “to avoid messages that are triggering, harmful, or harassing” drew national attention in early August as The Washington Post joined Texas publications and broadcasters in reporting on whether the university considered a 9/11 observance controversial.

University officials first responded with a statement calling the wording a mistake and saying it wasn’t meant to apply to the memorial.

“SMU apologizes for the original inappropriate wording that was used in the new policy on campus displays,” the statement says. “That language — regarding messages that are triggering or harmful — was added earlier in July and had not gone through the appropriate approval process.”

The Daily Campus student newspaper noted that displays hadn’t met much resistance until an anti-abortion group began putting up crosses. The crosses represent lives lost to abortion, according to Mustangs for Life.

The university had planned to move all lawn displays to Morrison-McGinnis Park, a nearly two-acre space, also known as MoMac Park, according to smu.edu.

Relocating displays to MoMac Park along Bishop Boulevard, the most prominent drive on campus, would preserve Dallas Hall Lawn for such activities as studying, outdoor classes, and campus events, university leaders said.

But an agreement SMU announced Aug. 9 allows student displays to continue at Dallas Hall Lawn and commits to working with students and their organizations to form a new policy regarding such displays.

“This represents a landmark victory for the free speech rights of the entire SMU student body,” SMU Young Americans for Freedom declared on Facebook.

“I thank the students from across campus who came together in the spirit of mutual respect and civil discourse to achieve this outcome,” SMU President R. Gerald Turner said in announcing the deal. 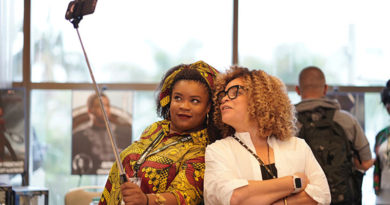