When it comes to planned improvements at the Holmes Aquatic Center, only timing-worries outweigh cost-concerns.

“I would assure you, if we don’t have that pool open next Memorial Day, I’m going to have to hide behind Steve [Mace],” University Park Mayor Olin Lane said.

Community information officer Mace said the city can have a new 3,265-square-foot northeast building ready in time for the 2018 pool season. “Certainly, that’s our goal.”

Replacement of the west building will have to wait, but the $2.4 million northeast-building project will address the public’s most urgent concerns, director of parks and recreation Gerry Bradley said.

“The biggest complaints we receive from the public are [about] the bathrooms and the concessions,” he said. “A microwaved hamburger is probably not as palatable as what we could provide the public.”

Foundation issues have caused cracks to form in structural walls, doors to misalign, and roof joists to pull away from the walls, Bradley added.

The city has talked for years about replacing the buildings, but budget concerns and an unwillingness to jeopardize the beginning of the 2017 pool season kept work from proceeding last fall.

The budget was again a focus this spring, with estimates for replacing both buildings as designed at $6 million.

The city worked with W.B. Kibler Construction Company to trim that estimate, but realizing $700,000 in savings would require a redesign that could postpone construction again or risk interfering with the 2018 swim season.

Council member Gage Prichard noted a March 2016 estimate of $1.5 million for replacing the northeast building. “Where in the world did we run over a million dollars on that budget?”

Bradley and City Manager Robbie Corder cited the need for a more-costly foundation than anticipated, as well as the public’s desire for added features such as meeting space.

Also, a busy construction market has inflated prices, council member Taylor Armstrong said, pointing out the Highland Park ISD leaders who had come to City Hall to discuss construction at the high school. “It’s those guys over there who are driving the prices up.” 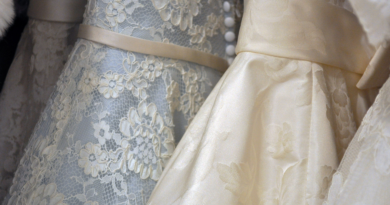 UP Council Says ‘Get Off My Lawn’

Sad News: UP Police Chief is Leaving Us