A young Hillcrest roster started the 2017 season with some growing pains on Thursday night.

A deeper and more experienced Molina squad took control early and cruised to a 49-22 victory at Kincaide Stadium.

The Panthers struggled to control a Molina rushing game that accounted for more than 400 yards and six touchdowns — and that doesn’t count three second-half scores that were negated by penalties.

“We knew it was going to be a chore. They’re big up front, and that’s where we’re a little thin,” said Hillcrest head coach Andy Todd. “It was a really good learning lesson.”

Molina quarterback Elijah Bonner proved his dual-threat capabilities by rushing for 133 yards and two touchdowns while also throwing for a score. Alexis Bernal also rushed for more than 100 yards in addition to kicking all seven extra points.

The Jaguars, who were a playoff team last season, scored on their first four offensive possessions. Bonner capped the first drive with a 43-yard touchdown run.

On the ensuing Hillcrest possession, Molina’s Dominique Bostic intercepted a pass near midfield, setting up a short scoring plunge by Jose Barbosa.

The Panthers trimmed the deficit to 14-6 with a 70-yard drive punctuated by a 13-yard touchdown scamper by Eddie Lwate.

Hillcrest remained within striking distance in the second quarter, thanks to a pair of touchdowns by David Ramsey. He returned a kickoff 99 yards for a score early in the quarter, then hauled in a 35-yard tipped pass from Lwate just before halftime to make the score 28-22.

However, the Panthers mustered only 43 total yards in the second half, when Molina pulled away with 21 unanswered points.

“All tonight means is that we won’t have an undefeated season,” Todd said. “We’ll figure out what to do with them and give ourselves the best chance to get a win.”

Lwate finished with 90 yards rushing and completed 10 of 21 passes for 130 yards. Christian Evans caught four passes for 61 yards and also notched a late interception on defense for the Panthers, who will return home next week to face Pinkston. 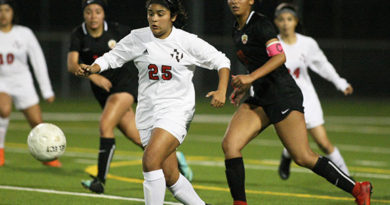 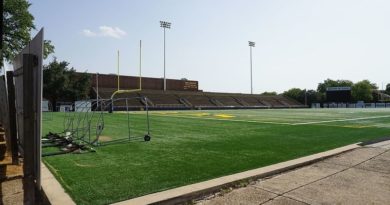 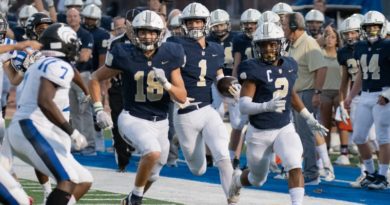