The students will be honored at a special breakfast Nov. 13.

Commended students are those who placed among the top five percent of more than 1.6 million students who took the 2016 PSAT/National Merit Scholarship Qualifying Test. There are about 34,000 students in the U.S. who earned the commended distinction.

“Congratulations to our 40 National Merit Commended students and nine National Hispanic Scholars,” HPHS Principal Walter Kelly said. “Beyond the sheer number of students being honored, each one of them has demonstrated high levels of academic achievement over many years and is involved in so many ways throughout our school. We are proud of them for what they have done, who they are, and that they represent our elementary, intermediate, middle, and high schools so well.”

In addition, the College Board’s National Hispanic Recognition Program identified about 5,000 of the highest scoring students from a nationwide total of more than 250,000 high school juniors in the U.S. who took the PSAT/NMSQT and designated themselves as Hispanic/Latino.

Park Version Sang Their Hearts Out in December 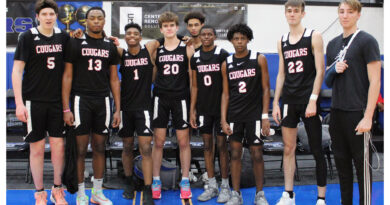 After Hitting the Road, Basketball Brings Ballard Back Home