The win was historic. The Bears won their third consecutive state title (and fifth in the last six years). It was also Ursuline’s 15th overall title since 1991, which ties a TAPPS record.

“The Bears handled the pressure of being the favorites to win,” said Ursuline coach Jonathan Moody. “They ran extremely well in the second half of the race as they have all season long.”

The first four individual finishers in the 6A race were all seniors, and a whopping 10 out of the top 20 finishers will graduate in the spring. The Bears graduate six of their Top 14 runners.

“A senior class capped the most successful team in UAXC history with style and grace,” Moody said. “They will be missed, but the future holds exciting possibilities for others to fill those places in the seasons to come.” 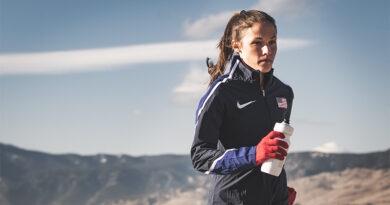