“I’ve thought for years that terraforming would make for a cool game mechanic,” Winn said of the hypothetical process of modifying the environment of a planet to make it habitable for Earth-based life.

The result, an iOS game called TerraGenesis, has now been downloaded by more than a million users, and Winn thinks it’s time to build a full-time game-development company around it.

Winn was first inspired to make the game upon seeing the trailer for Ridley Scott’s 2015 film The Martian, in which the notion of terraforming is a crucial plot element.

“I’m fascinated by the science of it, how the different factors influence each other, and the challenges seemed entirely well-suited to being turned into a game.”

Winn recalls that Highland Park High School first led him to software and game design, when he created a web series, The Codex Series, with a fellow HPHS graduate, Ryan Luther.

“We were just high school kids messing around, but it absolutely blew up: 90 million hits in our first year, with press coverage on everything from MTV to NPR,” Winn said.

It was through that experience that Winn learned the web design fundamentals necessary to begin creating iOS applications.

He would go on to attend film school at the University of Southern California, but “as it turns out, the apps are where I found success, so I’m leaning into them now,” he said.

The web series is also where Winn first settled on the Edgeworks Entertainment label, initially used to publish his personal projects but now representing his new start-up.

The start-up, of course, brings its own challenges.

Bugs, or errors in smartphone applications, are typically tested for by a full-time, paid staff member of a publisher.

Since Winn is the sole developer, these take more time to work out, which can be “nerve-wracking,” he said.

“We made a good team in the day-to-day discussions, and I understand his process — it only made sense to be his partner in building this company,” said Lacey Winn, who married Alexander in 2016,.

She took on much of the work in legitimizing Edgeworks, from handling communications between lawyers and the bank to bookkeeping and aiding in troubleshooting projects.

“I think a lot of what Alexander needed was permission from me to pursue his passion,” Lacey Winn said.

The greatest difficulty with TerraGenesis has been its promotion.

“There are so many apps and games available these days, trying to generate interest for your specific game often feels like shouting into the wind,” Alexander Winn said.

And yet, the excitement from the gaming community has sustained the Winns’ efforts.

“Seeing screenshots from fans playing my game and sitting there thinking, ‘How did they do that?!’ has been a fantastic joy,” he said. 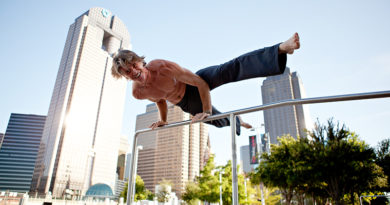