Tacky holiday sweaters were on display in all of their glory as designers, architects, socialites, friends of the SPCA of Texas and members of the American Institute of Architects of Dallas and TEXCO, The Construction Association jingled and mingled to kick off Home for the Holidays 2017 at the Bark + Build Housewarming Party at NorthPark Center on Nov.19.

These one-of-a-kind dog houses on display and up for auction at the Housewarming party, were designed and built by AIA Dallas and TEXO, The Construction Association members, and will be there until Dec. 3.

Additionally, it was announced that voting is now open for the final award, People’s Choice, in the Bark + Build Luxury Dog House Competition at NorthPark Center. Voting is open at www.spca.org/vote through Dec. 3. The winner will be announced at that time. 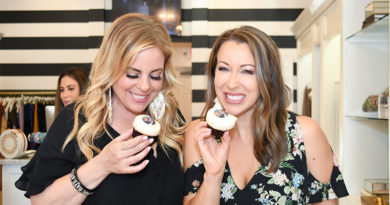