Political meetings that began after-hours in a mattress store with four people nine years ago can now pack a University Park Library meeting room with as many as the fire code allows, about 150.

Monthly sessions of the Park Cities/Preston Hollow Leadership Forum typically include elected officials and candidates, a variety of conservative speakers, and opportunities to donate to campaigns and causes.

The goal: To make a mark on Dallas politics.

Russell Ramsland, a businessman in oil, security, and retail with a history of donating to conservative candidates and PACs, saw value in using right-wing political education to mobilize a grassroots base and so founded the forum in 2009.

Frank Gaffney Jr., who is described by the Anti-Defamation League and Southern Poverty Law Center as a high-profile anti-Islam conspiracy theorist, has been a guest speaker.

Sometimes meetings and emails explore concerns about immigration and refugees and appeal to nostalgia for traditions of a bygone era.

Before Sept. 6’s Dallas City Council 13–1 vote to remove a statue of Robert E. Lee, emails were sent out urging turnout to city meetings because of “Deep State” influence on local government.

“Discredit the slave owners and their memories and you destroy their ideas of liberty and justice for all!” one email read.

That message was written by University Park resident Beth Biesel, who is responsible for updating the mailing list, which Ramsland estimates numbers 1,200 residents.

Biesel said it’s important to counter the ideas of those who think, “It’s not OK for one man to be receiving an inheritance and opportunities that another man doesn’t have.”

Removal of the Robert E. Lee statue from Lee Park was followed by a heated forum meeting on Sept. 17, with attendees accusing Dallas City Council member Jennifer Staubach Gates, one of the invited guests, of being a traitor and a revisionist. “You should be recalled,” one attendee jeered.

“I didn’t come to be debated,” she said during the nearly hour-long question-and-answer session.

Gates described the forum as a former Tea Party group and showed Park Cities People 2013 emails from the forum’s address identifying it as the Park Cities/Preston Hollow Tea Party, but Ramsland said the organization is not a direct descendent of the Tea Party.

Since running unsuccessfully in 2016 against U.S. Rep. Pete Sessions, R-Dallas — whose 2000 campaign he had previously donated to — Ramsland has turned steering of the forum over mostly to others.

UP Has More Rich Folks Than HP 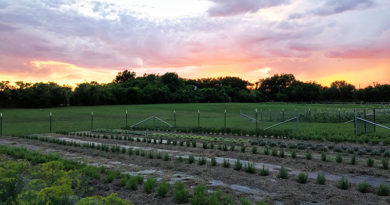 Burk Gets Sportsy in Campaign Promo