Area pickleball enthusiasts often find themselves in, well, a bit of a pickle due to a lack of local courts on which to play.

One of the fastest growing sports in the country, pickleball is a fusion of badminton, tennis, and table tennis. It is played in singles- or doubles formation on indoor and outdoor badminton-sized courts, as well as on tennis courts that are modified to include boundary lines specific to pickleball. Using small wooden or plastic racquets, players volley a whiffle-type ball across a net.

According to the nonprofit USA Pickleball Association, there are upward of 15,000 pickleball courts in the U.S. Especially popular at retirement communities, the sport is also gaining favor with children and teens who play as part of middle-and high school physical education classes.

Highland Park native Linda Barton took up pickleball two years ago. A member of USAPA, she recently participated in a pickleball tournament in Tucson, Arizona, and while vacationing has played in pick-up games in San Francisco and San Jose, California.

“People show up, and you put your paddle in a line … and you go out and play,” she explained. “You can’t do that with golf or tennis.”

This summer, an indoor basketball court at Moody Family YMCA was striped with tape to accommodate pickleball programing that is offered for members and guest-pass holders there from noon to 2 p.m. Tuesdays and Thursdays.

Randy Garrett would like to see more pickleball courts available in the Park Cities. The longtime Highland Park resident and his wife, Marialice, discovered the sport earlier this year. He now plays weekly as part of a group that meets at the gated Glen Lakes subdivision.

It is difficult to find places and times to play locally, he said. “Each place that we go only has set aside an hour or two for us to play. … So you really have to be able to bend your schedule to be able to play pickleball, and that makes it tough to do.”

Garrett and Barton attended a Highland Park Town Council study session in the fall and spoke with Ronnie Brown, director of town services, about the possibility of having one or more area tennis courts striped to accommodate pickleball games.

The town plans to resurface a pair of courts in 2018 and likely will stripe a tennis court for pickleball at Abbott Park, 4814 Abbott Ave. 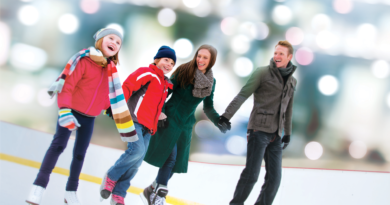