SKULDUGGERY OF THE WEEK: ONE EXPENSIVE SELFIE

While posing outside of the Honor Bar in the Highland Park Village, an out-of-towner in town for a wedding reported that she put down her purse to take a few selfies and sometime around 10:30 p.m. Dec. 30 and her $350 black Gucci wallet was stolen. The culprit attempted to take the credit cards for a spin at Kroger and 7-Eleven, but both charges were rejected by the bank.

Broken into before 7:30 a.m.: a white GMC Yukon parked overnight in the 4300 block of Lorraine Avenue. Nothing was stolen from the vehicle, but it was clear the glove box and center console had been rummaged through.

A Highland Park mom reported that her daughter’s friend stole $4,200 worth of jewelry – a Rolex watch, Tiffany’s necklace and ring, and a cocktail ring –  from her home in the 4500 block of Abbott Avenue while living with them from Nov. 1 to Dec. 27. The items were pawned at East Grand Pawn Shop in the 5400 block of East Grand Avenue.

Found at 10 a.m.: A small bag of cocaine at the Crestpark Condos of Highland Park in the 4200 block of Lomo Alto Drive.

Stolen: about $30 dollars of household goods delivered around 7:15 p.m. to a home in the 2700 block of Westminster Avenue.

A 20-year-old man reported to police that around 2:50 p.m. in the 3300 block of Marquette Street he was verbally threatened by someone who fled the scene in a red Ford truck.

Stolen at 12:50 p.m.: two Apple iPhones and a pair of Beats headphones from an AT&T store in the 6400 block of Hillcrest Avenue.

Billingsley Spotted Catching Bus From HP to UP 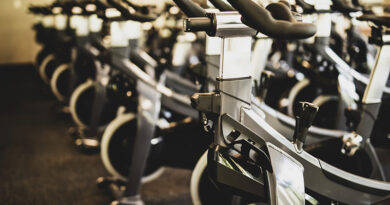