A few seniors on the Highland Park girls soccer roster already had their college commitments finalized prior to the unbeaten season that culminated with a Class 5A state title last spring.

While the trophy highlighted the team’s accomplishments, the Lady Scots took time to honor some of their individual standouts during a National Signing Day ceremony on Wednesday.

After playing two seasons alongside her older sister, Savanna, with the Lady Scots from 2014 to 2016, the Jones siblings will reunite with the Red Raiders. Savanna is a sophomore at the school, which is also where their parents met as students.

“I’ve always wanted to go there,” Sierra Jones said. “I’m super close to my family. It’s a perfect fit for me.”

Wasserman became enamored with the Penn State soccer program during its national championship season in 2015. Since her father is from New Jersey, she’s been to that part of the country several times and always wanted to go to school there.

“I didn’t really think it was within my reach,” she said of the Nittany Lions. “When they saw me and liked me, I was pretty much sold.”

South Carolina’s coaching staff contacted Matise after seeing her at a showcase in Florida two years ago. She committed after attending a camp in Columbia later that summer.

“It’s very family-oriented. I was drawn to that. Everyone’s really close,” Matise said. “I’m not used to going very far away from home, but it will be a good change.”

O’Neal has been ready to attend Vanderbilt since prior to her freshman year in high school, when she participated in a camp in Nashville. She committed two years ago to play for the Commodores.

“My first thing was academics. I felt it was a good fit at Vanderbilt,” O’Neal said. “From my freshman year, I knew they were my dream school.” 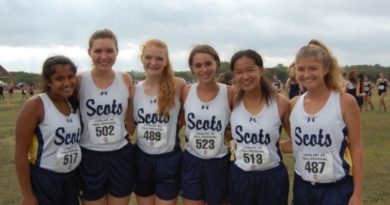 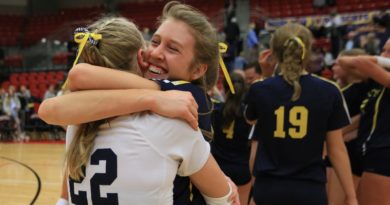 HP Rallies Past Wakeland in Thriller