• Amy Griffin, associate head coach of women’s soccer at the University of Washington in Seattle, first began to wonder about artificial turf and cancer in 2009. She noticed that two of the goalies came down with lymphoma. By December 2015, she had “a list of 230 soccer players, nearly all goalkeepers, who have played on artificial turf and developed cancers.”

• “In 2010, researchers from the Agency for Toxic Substances and Disease Registry in Atlanta evaluated the concentration of lead in synthetic turf by collecting samples of fields. They determined that the level of lead in turf fiber material and in field dust exceeded the limit for children’s consumer products and concluded that synthetic turf can deteriorate to form dust containing lead at levels that may pose a risk to children.”

• The tiny black crumbs that come home after playing or walking on artificial turf are carcinogenic and contain mercury, benzene, and arsenic.

• At least 30 clubs in the Netherlands have stopped the public from using fields made with artificial turf because of fears that the rubber could be dangerous to health.

• The Baltimore Ravens replaced the artificial turf in their stadium with grass due to health concerns.

• Artificial turf has an impact on ground water and the town will lose many of our beautiful trees due to lack of water in the soil. What is the impact of dry soil on house foundations?
• Artificial turf likely will kill many creatures that live in the soil and prevent the aeration of the soil.

• Will people adequately clean up their pets’ waste when using someone else’s artificial turf?

• Artificial turf will absorb heat and increase the ambient temperature.

• If some people feel that the studies on artificial turf are not conclusive, as was the view for 30 years on asbestos, is artificial turf the only solution? They can plant Asian jasmine, liriope, mulch, or gravel in the shaded area as many residents have done successfully.

• What will happen to the artificial turf when it needs to be replaced? Can the town force the owners to change the turf when it begins to look bad? Should it be taken to dumps that accept hazardous materials and how much that cost will be? How much of the extra disposal cost will town residents have to bear?

Highland Park is one of the most beautiful towns in America. Please let us keep it that way. 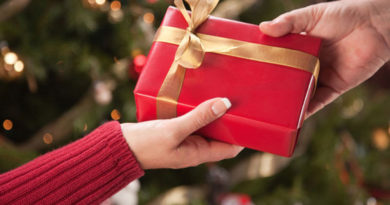 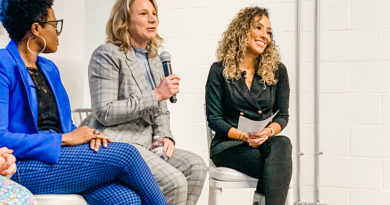 ‘You Step Up, And You Serve’