The Hockabots are headed to the FIRST LEGO League World Festival in Houston.

The team of students from the Hockaday School won the right to advance to the April 18 to 21 competition with a first place champions award finish at the 10th-annual North Texas FIRST Lego League Regional Championship Robotics Tournament in February.

The organization FIRST (For Inspiration and Recognition of Science and Technology) works to motivate new generations to understand, use, and enjoy science and technology.

In 1998, FIRST Founder Dean Kamen and the owner of the Lego Group Kjeld Kirk Kristiansen created the FIRST Lego League.

The North Texas regional tournament, produced by the Perot Museum of Nature and Science and presented by Lockheed Martin, matched student-built robots competing with missions on a water-themed playing field.

They spent months studying, dissecting, and analyzing real-world challenges and coming up with solutions using science and technology.

“It’s competitive, high-energy and, best of all, an incredibly fun gateway for students to pursue careers in STEM [Science, Technology, Engineering, and Math),” said Linda Abraham-Silver, CEO of the Perot Museum.

Bush Returns to Hockaday For Centennial 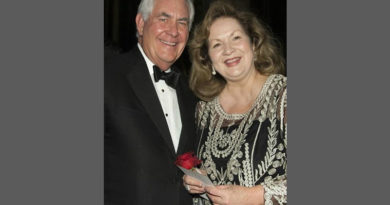