The Highland Park girls were seventh as a team while facing tough competition on Saturday at the Coppell Relays.

Ella Patterson and Maddy Stephens were the top two finishers in the 400, while both also competed on HP’s runner-up 4×400 relay team.

On the boys side, HP placed fourth in the team standings at the Corsicana Relays. Sam Sloan won the 800, while Etienne Black was second in the pole vault.

The Scots will return to action on Thursday at the Lake Texoma Invitational in Sherman, while the girls will head to the Argyle Invitational. 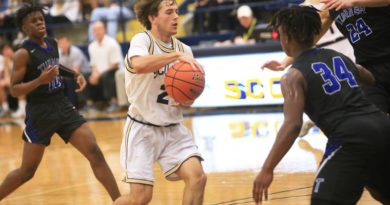