The Lady Panthers secured a historic TAPPS 6A state championship on Saturday with a 61-56 victory over their district rivals during the title game in West.

Nevaeh Tot led Parish (31-7) with 23 points, while Susanna Scherer added 15. Tot, Scherer, and Nevaeh Parkinson were each named to the all-tournament team.

The Lady Panthers avenged a pair of regular-season losses to Bishop Lynch in the championship game. They did the same against fellow district foe Plano Prestonwood in the semifinals a day earlier, using stellar second-half defense to rally for a 48-45 win. 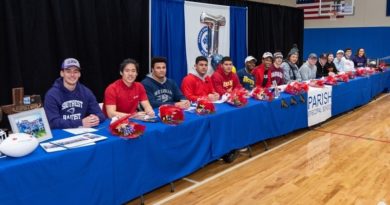