It was an exciting experience for the Vinyard Family and the corporate leaders and their families from their eateries Bubba’s Cooks Country, Babe’s Chicken Dinner House and Sweetie Pie’s Ribeyes, as they were treated to an exclusive private tour of the Mercury Studios in Irving, compliments of Mercury One and its founder, Glenn Beck.

The children’s eyes were wide with wonder as they entered the biggest TV and movie studio between New York and Hollywood where they were greeted with the bigger-than-life sized robots from the 2013 live-production and movie Man In The Moon and toured the studios where films such as RoboCop, JFK, and Problem Child were all filmed as well as shows like Walker, Texas Ranger and Barney.

Glenn began by opening the doors to Studio 19, named after Orson Welles’ Sound Stage at Universal, sharing absolutely fascinating details throughout the tour about how the studio works as the home of The Glenn Beck Program and TheBlaze TV network, explaining the sets, including the Oval Office set from the movie JFK, the bench from Forrest Gump, and other sets and memorabilia from the shows mentioned above, answering questions all along the way.

Afterwards, the stage was set with pop culture items and pieces of historical, political and spiritual items reflecting America and its history, presented in partnership with Wallbuilders’ CEO David Barton and his son, Tim Barton. Their captivating interactive presentation with Glenn gave everyone the opportunity to touch and see artifacts that have shaped our nation and culture, sharing insight about the founding of the United States through current day pop culture and the Godly founding of our nation.

Mark your calendars and look for more details on Mercury One’s major fundraiser, the M1Ball, happening on Nov. 17. To learn more about Mercury One, visit the website at mercuryone.org. 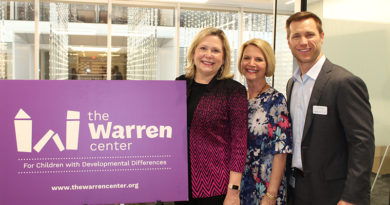