While the bats are in midseason form, the pitching and defense have question marks as Highland Park prepares to start District 15-5A play.

The Lady Scots (1-5-1) have dropped three consecutive games overall, including a 13-10 heartbreaker on Friday against Keller Central. HP rallied from a 10-2 deficit to tie the game in the bottom of the sixth — scoring six runs with two outs — but couldn’t hold the lead.

HP will play its first four district games in a six-day span. The Lady Scots will travel to Lovejoy on Tuesday before returning home to host North Forney on March 9 and West Mesquite on March 10. Then they take on Mesquite Poteet on the road on March 12. 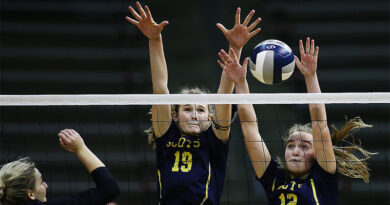