Defending Class 5A state champion Highland Park wrapped up another District 15-5A title on Friday with a dominating 10-0 win over Forney.

HP will conclude regular-season play with a game at Royse City on March 20, followed by the home finale on March 23 against Wylie East. 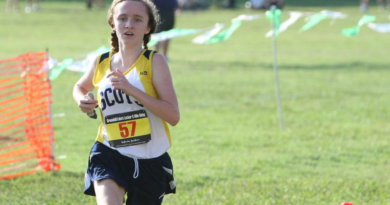 Lady Scots Team Up for Podium Finish in Relay