SKULDUGGERY OF THE WEEK: BROKEN FENCES

A Highland Park man got the surprise of a lifetime when he looked out the window after hearing loud banging in his backyard. Outside, a man about 6-foot tall in black overalls, no T-shirt, work boots and a receding hairline was walking around with what appeared to be a chainsaw. Around 10:40 a.m. March 18, the homeowner, who lives in the 4600 block of Mockingbird Lane, also noticed the door to his back house office was ajar. The homeowner grabbed a pistol from his safe and ran downstairs to challenge the intruder. But the burglar was gone, taking with him two Apple computers, a black iPhone 7, a Dyson vacuum, an LG cellphone, a MacBook Pro laptop, and a Dell laptop. The stranger, apparently, removed two large planks from a fence to enter the backyard. Police later arrested 34-year-old Fredrick Yeager in connection with three burglaries that Sunday.

Stolen before 8 a.m.: a black Rossi 357 revolver from a white 2008 Jeep Wrangler parked overnight in the 4500 block of Abbott Avenue. Damage to the vehicle included the top vinyl cover being cut into and the glove compartment lock broken.

A Highland Park officer searching in the 4600 block of Mockingbird Lane around 11:45 a.m., came across a broken gate and fence that appeared to be broken just enough for a large person to enter or exit through. While nothing appeared to be stolen from this location, another home in the same block (see the skullduggery), and one in the 4600 block of Livingston Avenue weren’t as fortunate. On Livingston, the fence-breaking burglar walked away with a black watch, a Collezio pocket watch, a black Lorus Mickey Mouse watch, and a small pocket knife.

The window at Orvis in the Preston Center was broken around 1:32 a.m. and about $350 in merchandise was stolen: binoculars, a knife, and a watch.

A dirt-hauling tractor left the scene of a wreck after crashing into a McShan Florist van around 1:40 p.m. in the 2800 block of SMU Boulevard.

The builder of a new home under construction in the 2800 block of University Boulevard reported around 5:20 p.m. that it appeared someone was breaking into the home. Police searched the home and found a window and door unlocked, but no one was in the home. They did, however, find a black backpack with identification inside.

A Tory Burch wallet was stolen from a patron of the Moody Family YMCA sometime between 9:50 a.m. and 12:30 p.m.

Two thieves walked out of the CVS in the 3000 block of Mockingbird Lane with some paid and some not-paid-for merchandise. The stolen items from the 4 p.m. shopping trip included a disposable douche and a yeast infection treatment kit.

A 20-year-old male pedestrian in the 3200 block of Daniel Avenue was struck by a vehicle around 5:35 p.m. The driver did not stop.

Tires and rims from a 2017 gray GMC Yukon were stolen sometime overnight before 8:30 a.m. in the 3700 block of Stanford Avenue. 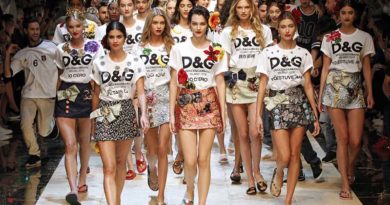 Will Dolce & Gabbana Open at NorthPark?