After dropping its District 15-5A opener, Highland Park has rolled off four consecutive victories in league play following a 9-5 triumph over West Mesquite on Monday.

The Scots (8-11, 4-1) are part of a three-way tie for the district lead heading into Thursday’s rematch against the winless Wranglers at Tillery Field.

HP equaled a season-high run total during Monday’s win, which came on the heels of a 10-0 loss to Flower Mound Marcus in a nondistrict game on Saturday. Christian Clarke homered for the Scots, while Jack Yates added two hits to back up solid pitching from T.J. Spackman.

On March 23, a seventh-inning single by Clayton Rejebian led HP to a 3-1 victory over North Forney. Rejebian, Grant Kipp, Benner Page, and Patrick Shearer each added a pair of hits, while Kipp struck out 12 in six innings on the mound. 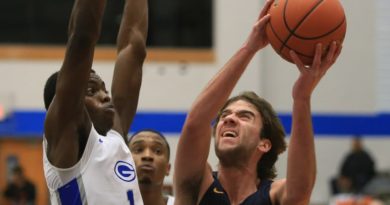