With just five minutes elapsed, senior Sarah O’Neal lofted a ball perfectly over the Pine Tree defense, enabling Presley Echols to beat the offside trap. Once she brought the ball down, Echols outmuscled a defender and fired a low shot into the corner of the net.

That was the first of six goals as the defending state champions cruised to a 6-0 victory Thursday in a bi-district game at Pat Hartley Soccer Complex.

The victory moves the undefeated Lady Scots (22-0-1) into the area round against McKinney North, which defeated Frisco Liberty 1-0 on Thursday. The game will be played on Tuesday at a time and site to be determined.

“Every year I think coaches try to make this part of the year complicated, and we just focus on what we’ve been successful at for the last 22 games,” HP head coach Stewart Brown said. “Pine Tree set out to try and break us down a little bit, but we played well in the first half and picked it up in the second half and did very, very well.”

O’Neal finished with two goals and the assist to Echols. The Vanderbilt signee proved to be too much for Pine Tree to handle throughout the game. Her first goal came in the second half on a beautiful volleyed shot that left Pine Tree’s goalkeeper rooted to the spot. Her second was nearly as nice, receiving a cross from Rachel Wasserman before volleying it home.

Wasserman, a Penn State signee, also had an unassisted goal. The others came from Katherine Wolfe and South Carolina signee Frances Ann Matise.

The same two teams met last season, with Pine Tree (9-15) holding the Lady Scots in check during a scoreless first half before HP took over in the second half.

HP scored three times in the rematch’s opening 18 minutes. The Lady Scots tacked on three more in the second half. Echols assisted the second goal from Matise, with Wolfe blasting a long-range shot unassisted for the third goal. O’Neal added two quick tallies in the second half before Wasserman made it six.

Brown said the Echols goal in the opening minutes enabled the Lady Scots to play relaxed the rest of the way.

“Getting a goal always settles us down; not necessarily the kids, but the parents,” Brown said. “The parents start getting anxious and the kids start to feel that. It’s always nice to get that first goal because it increases our confidence with every goal [that follows].”

The Highland Park defense, along with keepers K.K. Callahan and Ginny Hoy, had a quiet evening with Pine Tree not registering a shot on goal.

“We defend very high up the field and our midfield does a really good job [controlling things] and that takes a lot of pressure off of our back four and our goalkeeper,” Brown said. “They’re always ready.”

Scots Fall to Pirates in Shootout 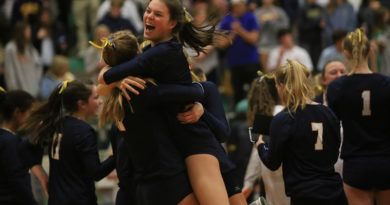 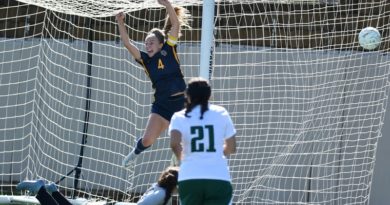