On Feb. 28 the JDRF Greater Dallas Chapter hosted its annual Patron Party for the upcoming Dream Gala in April. The event was hosted by Dave and Stacey Johnson and featured guest speaker and JDRF Chief Mission Officer, Dr. Aaron Kowalski.

The evening started with a cocktail hour where guests mingled and had the opportunity to speak with many JDRF Board Members. Amy Camp, JDRF Greater Dallas Executive Director, spoke on what the Dream Gala means and what the rest of the night would entail before Dave Johnson, host, came up to tell his daughter, Chelsea’s, story of living with Type One Diabetes.

Following Johnson, Harold Gernsbacher, the JDRF Fund A Cure Chairman, spoke about his personal connection to JDRF and how the JDRF community is one that is interconnected and constantly growing and thriving. Gernsbacher introduced Dr. Steve Newman, a member of the JDRF Board of Directors, who talked about his daughter’s experience with T1D and gave an insight into the medical perspective of the disease.

Dr. Newman introduced Dr. Aaron Kowalski, who gave the keynote speech. Dr. Kowalski also told his story of growing up with Type One Diabetes alongside his brother. He then went further in depth into what research methods are being done all over the country by JDRF, what technological advances are being made, and what the money raised at the Dream Gala can do. 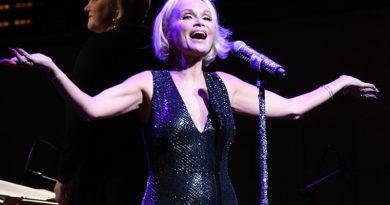 Broadway Comes to the Meyerson