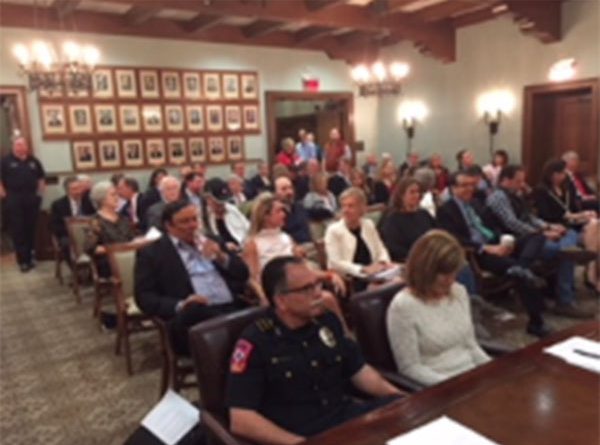 The Highland Park Town Council on Monday cleared the way for HPISD to tear down Bradfield Elementary School this summer and replace it with a taller building scheduled to open for the 2019-2020 school year.

The planned development district zoning and site plan approved by the council includes three-stories in some places and shifts the school west to the Armstrong Parkway end of the campus and away from Douglas Avenue, where the building sat across from Highland Park Village. The three-story portion of the building will be on the west end near the homes on Armstrong.

The council’s decision came after its longest meeting of the year. Residents arrived early for the 8 a.m. meeting, filling the council chambers to overflowing. Some watched via video from nearby rooms where the audio often proved unreliable. The public hearing portion of the meeting lasted until around 10:20 a.m. with most speakers objecting to the architectural style of the building as well as its three-story height and relocation to near Armstrong.

At council member David Dowler’s suggestion, the council included in the zoning ordinance a provision for having the school’s design by architects with Stantec peer reviewed by an architect with classical training. The purpose of the review would be identifying affordable changes that would help the building better fit within the character of the town. The provision allows the district to come directly to council, without having to go back to the Zoning Commission, with proposed aesthetic changes, if any, school board members want to implement.

District officials have agreed to go through such a process, but any recommendations that come out of the peer review would be nonbonding. The district would only need to return to council if school board members decide they want to amend the planned development district to incorporate any of the recommendations, noted council member Eric Gambrell.

Council member John McKnight suggested the possibility of tabling zoning and site plan approval until after the peer review, but Gambrell said he wouldn’t want to do anything to delay the district’s tight construction schedule. Other council members agreed. The vote for approval was unanimous. 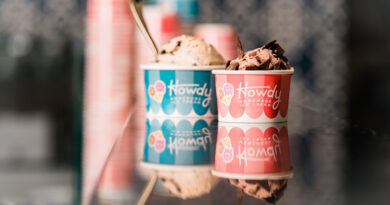 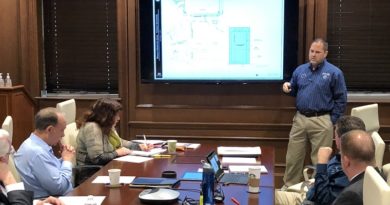