The Dallas Architecture Forum, a non-profit organization dedicated to providing public education about architecture, design and the urban environment, continues its 2017-2018 Panel Discussion Series on May 8 with “Design Inspirations Part Two,” moderated by Eurico Francisco, Design Principal at HDR Architecture.

“Dallas and North Texas are known for award-winning projects – residences and public buildings, interiors and landscapes,” said forum executive director Nate Eudaly. “With this panel, The Forum will continue its exploration of what motivates and inspires some of our area’s outstanding design professionals to create their highly regarded projects.”

Panels are free for both members and the general public as a public outreach of The Forum. The discussion begins at 6:30 p.m., with complimentary beverages available beginning at 6:15 p.m. No reservations are needed to attend.

The venue for these panels is the Dallas Black Dance Theater, 2700 Ann Williams Way in Dallas. Free parking is available between the DBDT building and Fellowship Church, located to the east of the DBDT building.

Architect Eurico R. Francisco will moderate the May 8 panel.

Francisco is a design principal with HDR Architecture, where he leads projects in the Dallas design studio. His built work includes government, healthcare, academic, research, hospitality, multi-family and mixed-use facilities.

A graduate of Harvard University and the University of Sao Paulo, he has received over 20 local, regional and national design awards for his work in the US and abroad, and has taught design studios at the University of Sao Paulo, Boston Architecture College, Rhode Island School of Design, and Texas Tech University. Francisco also is a contributing editor to Texas Architect magazine and is active as a member of the Board of Directors and Lecture Programming Team of The Dallas Architecture Forum, as well as the Dallas Chapter of the American Institute of Architects, and the Texas Society of Architects.

Panelists for the May 8 event include:

PAUL FIELD, Architect
Received a bachelor of Architecture degree from the University of Carleton at Ottawa, Canada, graduating with distinction in 1999. He began his career in the experimental office of Cunningham Architects in Dallas, where he worked on a variety of commercial, institutional and award-winning residential projects. In 2007, Paul partnered with Braxton Werner to form the firm wernerfield. The progressive multi-disciplinary firm approaches every project, regardless of scale, in a holistic and hands-on manner. Wernerfield searches for a rich balance between artful conceptualism and rigorous pragmatism in each project. Some of the firm’s most acclaimed work has been design-build projects, including the CCR1 Residence, which received both the AIA & Texas Society of Architects Honor awards in 2015.

DAVID HOCKER, Landscape Architect
Has established a highly respected reputation for himself and his award-winning firm, Hock Design Group (HDG), since its inception in 2004. His work has become known for the unique use of materials, particularly recycled and regionally sensitive, in unexpected and precisely-executed ways. He has a keen sense of scaled relationships and construction detailing, both of which are apparent in his firm’s built work. Studying in Italy introduced David to the “master builder” concept of the Renaissance and the Italian tradition of landscape and architecture that offers consideration to both private and public spaces. His successful built works have contributed to a greater design conversation regarding landscape architecture’s ability to bridge between interior and exterior spaces.

WENDY KONRADI, Interior Designer
An interior designer with over twenty years of experience collaborating internationally with leaders in the fields of architecture, fine art, and interior design. Her study of contemporary art and furniture weaves modern concepts with historical references. As principal of Wendy Konradi Interior Design, she procures vintage, one-of-a-kind and limited-edition pieces for clients with the goal of elevating furniture to fine art. Before launching her own firm, Konradi advanced her craft under esteemed interior designers Naomi Leff in New York and Emily Summers in Dallas and became equally informed by traditional and contemporary design idioms. Notable projects include homes for Ron Howard, Nicole Kidman, Jerry Bruckheimer and Stephen Spielberg. Drawing on these varied influences and an academic approach to design, Konradi crafts modern interiors with a focus on building lasting, meaningful collections for her clients.

MAX LEVY, Architect
Grew up in Fort Worth and received his Bachelor of Architecture at UC – Berkley. Starting his career working at Skidmore Owings Merrill (SOM), then at Oglesby Group for eight years, Max founded his firm Max Levy Architect in 1984. Max enjoys bringing nature into play architecturally. Working in this way he has received local, state, and national design awards, his work has been widely published, and in 2017 he was the recipient of The O’Neil Ford Medal. Max is respected for his ability to use Texas regional vernacular elements in meaningful and elegant ways in his projects. He has long believed that persistent cultivation of one’s inspirations can deepen one’s work.

JOSHUA RICE, Interior Designer
Grew up in Tulsa, Oklahoma. He graduated from Texas Christian University with a degree in interior design. In mid-2000 he joined with the respected Dallas-based architecture & design firm bodron + fruit where he worked until founding his own firm, Joshua Rice Design in early 2007. His firm seeks to go beyond short-lived design trends to create spaces that are pure, clean, logical and refined. A premium is placed on respect for beauty and purity of natural materials to create warm modernism based on the ideas of subtraction as opposed to decoration. His firm also assists clients and investors in search of decorative and design investments, including rare and important furniture and design as well as functioning as a liaison between client and auction houses and design galleries. 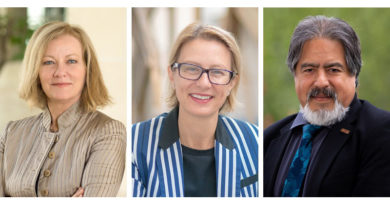 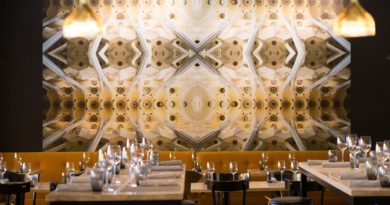