After coaching outside linebackers during HP’s Class 5A state championship season in 2017, Galusha will become the top assistant for Parish head coach Daniel Novakov.

Previously, he coached at Spring Westfield and Fort Worth Young Men’s Leadership Academy. As a player, he was a standout at Abilene Cooper and Hardin-Simmons University.

Galusha is the second HP defensive assistant from last season to leave for the private-school ranks. Defensive coordinator Don Woods accepted the same position at Jesuit earlier this spring, and was replaced by Cale Melton.

After Football, Great Hoops on Saturday 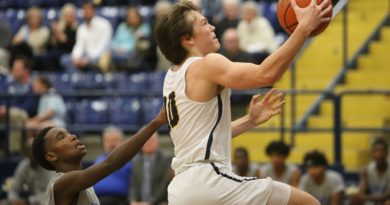