American artist Jack Armstrong’s $13 million original work titled Steve McQueen Le Mans has been reported stolen from a private home in Dallas where it was on loan, Armstrong’s publicist announced.

Melinda Manos of Manos Public Relations in Beverly Hills, California said she couldn’t say much more than that the home is in “north Dallas.”

A press release sent from Manos gives the history of the artwork. It was created in honor of film star Steve McQueen’s 1971 Film Le Mans, where the actor did his own stunt driving.

Armstrong originally met McQueen in Hollywood in 1977 and has said that McQueen’s performance in Bullitt and Le Mans inspired the painting. The actor, known as “The King of Cool”, encouraged Armstrong’s journey to New York, where Armstrong became associated with art icons Andy Warhol and Jean Michel Basquiat.

“The brightly colored McQueen painting in Armstrong’s ‘Cosmic X’ signature style is the only piece dedicated to a Hollywood personality and is easily identifiable,” Joseph B. Sprung, founder of JBS Financial and CEO of Bear Givers, said. “Armstrong’s fingerprints are in all of his 100 originals.”

The theft was discovered as arrangements were being made for a permanent loan and special celebrity exhibition in the Private Event Gallery at Bear Givers Headquarters in New York. This is a global non-profit group promoting art to children in hospitals or with special needs. 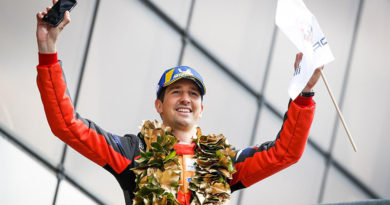