“Really, we’re a well-kept secret in Dallas,” she said. “We just want more people to know about us and that we are honest.

“We want to tell people the correct way to pursue their career and their passion.”

If that is acting and/or filmmaking, the Irving native says KD Conservatory College of Film and Dramatic Arts – founded in 1979 – can get hopefuls started on their career. Or at least help them build some self-confidence, just as valuable, in her opinion.

“They always have a blast,” she said.

The studio’s annual summer camp is scheduled for June 4 to Aug. 10 with one- and two-week classes for ages 7 to 18. No experience is necessary. At the end of each camp, students have an opportunity to showcase what they’ve learned.

“You should leave your camp feeling comfortable in an audition situation with a camera or an audition situation on stage,” said Reis McCormick, director of development. “You will have been exposed to commercial copy, lots of improv. It’s a fun way to learn, and the parents are always thrilled to see how much their kids have learned in terms of confidence. Not everybody is going to be an actor, necessarily, but they sure are going to walk away with life skills.”

The studio opened in 1979 when, after 15 years as the manager of a friend’s agency, Tyner took the leap. She approached her boss with the idea, they found the money, and together opened a studio where actors could practice, practice, practice.

“Out of that, we started workshops and improv classes, and we decided to become accredited and degree-granting, and here we are 40 years later,” she said.

There’s a reason why actors should know about KD and other studios. More than two dozen professional theaters operate in Dallas-Fort Worth, and four network television shows shoot nearby, plus one in Austin and one in Shreveport. Funimation, the creators of Dragon Ball Z, has its headquarters in Flower Mound.

“Two of the stars of Dragon Ball Z have come back to study here in the short courses at night,” McCormick said.

And they don’t want it to be a secret. 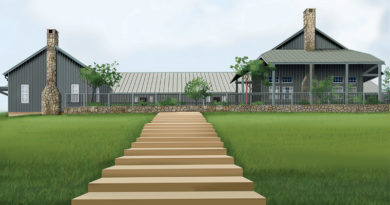