Are you ready to feel the Hakuna Matata?

Casting has been announced for the Dallas engagement of Disney’s The Lion King, which will leap onto the stage at The Music Hall at Fair Park this June.

Following The Lion King, DSM‘s 2017-18 season will continue with the spellbinding sequel to The Phantom of the Opera, Love Never Dies: The Phantom Returns, July 24 – August 5; and closing the season will be the hilarious new musical School of Rock, based on the hit film, August 15 – 26.

Tickets are available at DallasSummerMusicals.org or by calling Ticketmaster at (866) 870-2717.

Steindorf Takes Over Summer Musicals Board 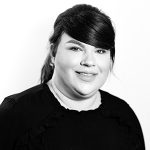